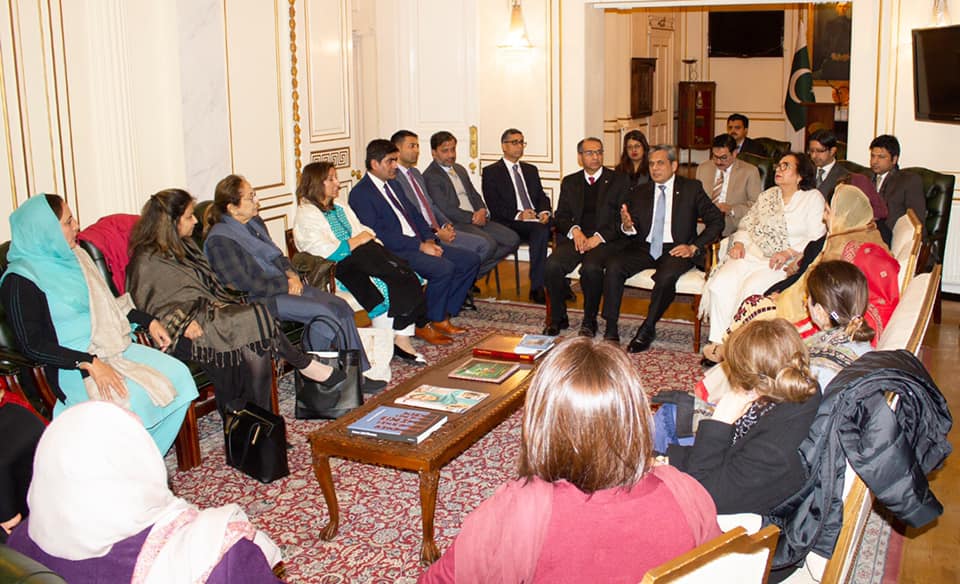 Women Parliamentarian delegation led by Secretary WPC called upon Imran Hussain MP (Labour) and had a fruitful discussion with him on mutual cooperation and the role of women in politics.

Session on ‘Administrative Challenges: Managing and Maximising Resources’ was joined by MP Julie Elliott , she spoke about her team and how to manage the resources in best possible way to enhance effectiveness

The delegation of WPC met MP Afzal Khan & discussed the solutions for increasing the participation of women in politics & the challenges that women face in their struggle ahead.We are delighted to share that our discussion with him concluded productively.

CPA UK hosted a reception for WPC Delegation led by Ms Munaza Hassan.
Former PM Theresa May welcomed women Parliamentarians at the reception. It was delightful to have former PM among us and listen to her valuable experiences