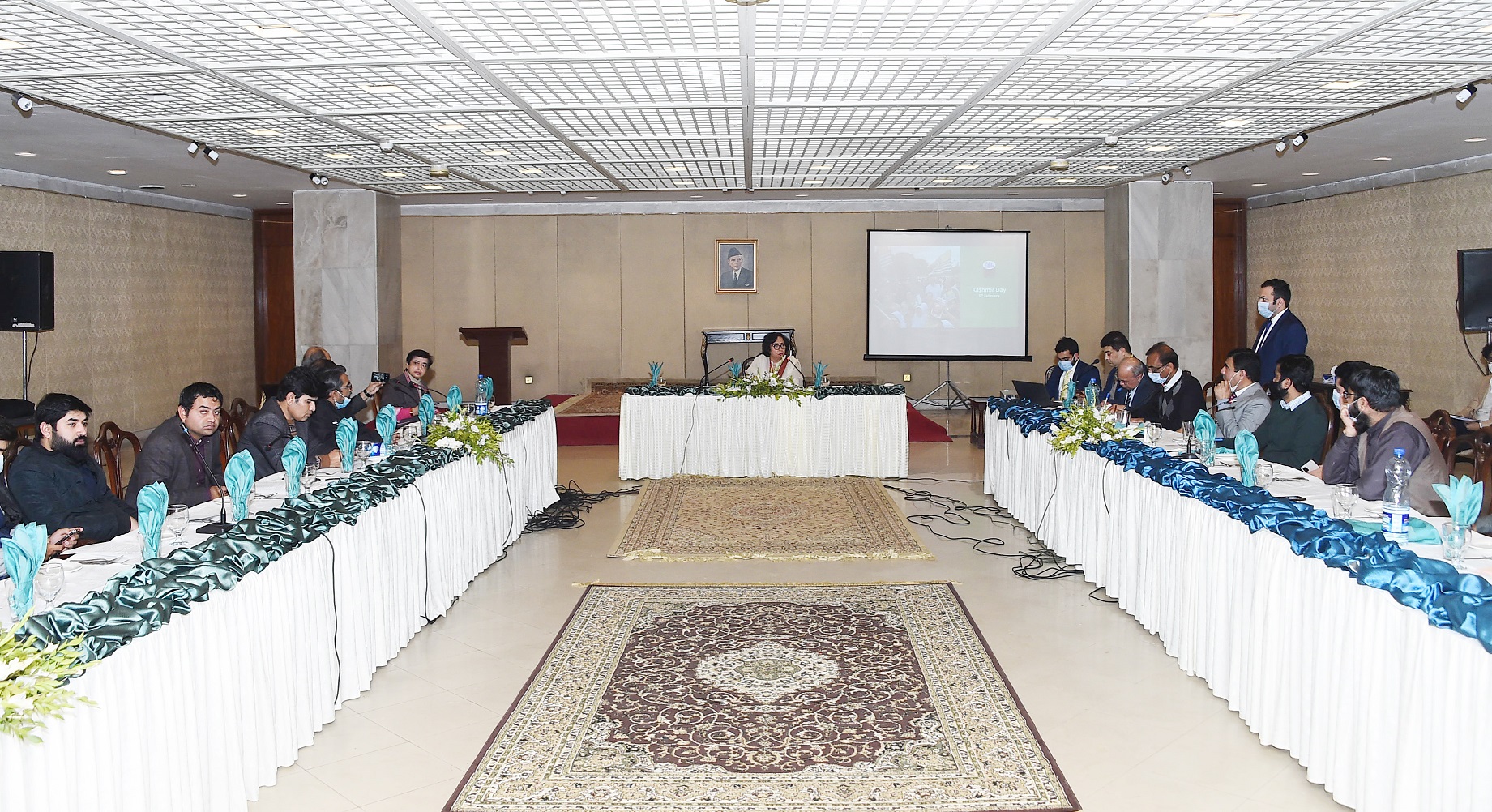 Today: The Secretary WPC, Ms. Munaza Hassan chaired the consultation meeting on “Gender and Climate Change Parliamentary Initiatives” for Media Reporters of the National Assembly. She shared the various initiatives that the committee has taken related to gender issues, WPC, and climate change.

Ms. Hassan also said that on this #KashmirSolidarityDay, the WPC takes strong note of the plight of Kashmiri people at the hands of over 900,000 Indian occupied forces during the last seven decades. WPC reaffirms women of Pakistan’s unwavering political, diplomatic and moral support for the women of IOK

“WPC is here to facilitate Women, Raise their voice and be their voice” Remarked @MunazaHassan in an exclusive session with Media Reporters of @NAofPakistan#MediaInteraction

The role of Women Parliamentarians in Ending violence against women