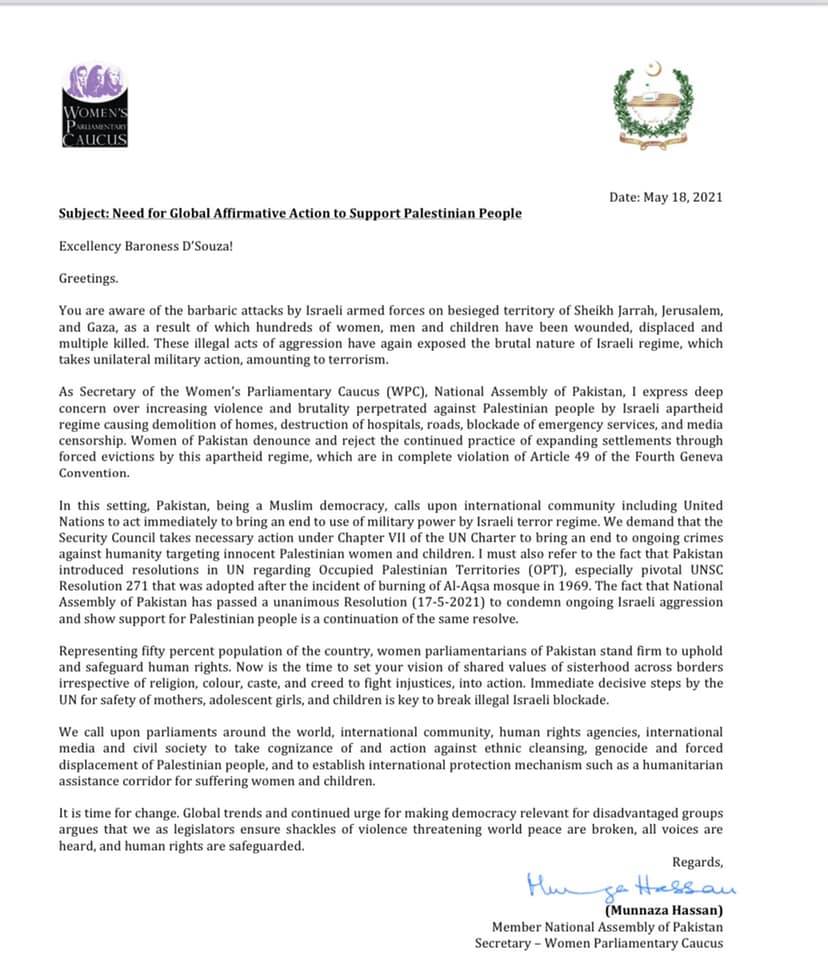 While highlighting the plight of Palestinians, Sectary WPC emphasized the importance of international protection mechanisms. She expressed deep concern over increasing violence and brutality perpetrated against Palestinian people by the Israeli apartheid regime causing demolition of homes, destruction of hospitals, roads, blockade of emergency services, and media censorship. She said that the Women of Pakistan denounce and reject the continued practice of expanding settlements through forced evictions by this apartheid regime, which is a complete violation of Article 49 of the Fourth Geneva Convention.

She also said that women parliamentarians of Pakistan stand firm to uphold and safeguard human rights. Now is the time to set your vision of shared values of sisterhood across borders irrespective of religion, color, caste, and creed to fight injustices, into action. Immediate decisive steps by the United Nations for safety of mothers, adolescent girls, and children is key to break illegal Israeli blockade.