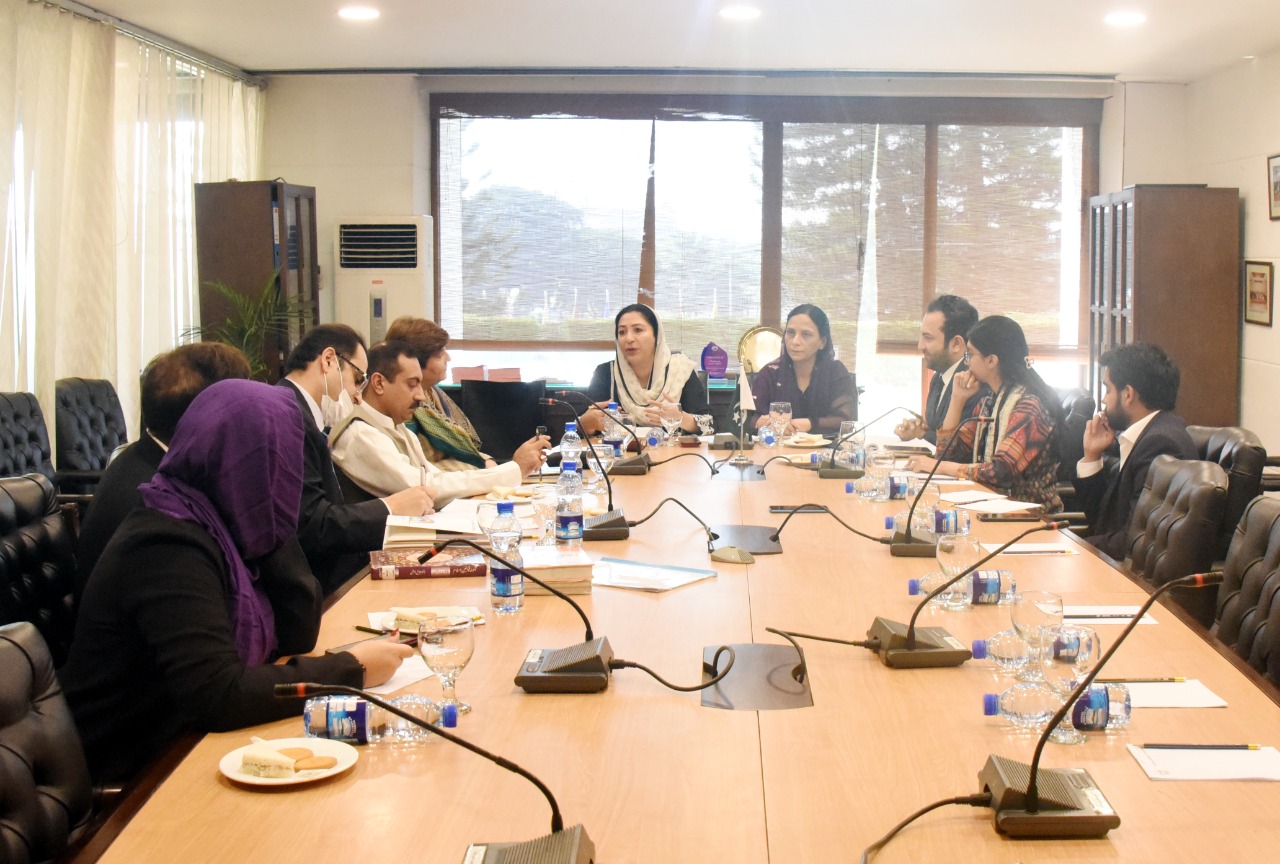 Convener of the Sub-Committee, MNA Wajiha Qamar, chaired the meeting along with the Secretary WPC, MNA Shahida Rehmani. Initially, the Convener Sub-Committee informed the participants regarding the WPC initiative to review inheritance laws which further highlighted the plight of women and children in claim their right to inheritance due to the multiplicity of forums along with other significant hurdles faced by the masses. The Convener Sub-Committee briefed the participants about the purpose of conducting PLS and engaging commissions like NCRC and practicing lawyers in order to identify the problems in the implementation of the said laws and the procedural issues arising in inheritance claiming processes.

Thereafter, the chairperson NCRC distinctively highlighted that though the Constitution of Pakistan, NADRA Act and Ombudsperson Act have been legislated to facilitate the citizens however, all such laws clearly lack implementation mechanisms. There is a dire need to introduce implementation as well as oversight mechanism to make sure that the laws are effectively delivering on their intent. Subsequently, the legal fraternity put forward their concern that how involvement of NADRA is an effective initiative, but it is unable to serve its actual purpose due to some legal and technical strains. It was further added that women and children specifically require social and moral support in order to not forego their inherited right but to claim and acquire it by using possible forums. The meeting was concluded with some queries on Succession Act, 1925 and its application in the courts of law.